You are here: Home / Case Studies

Gram vikas Parishad In June 2016, the Baseline Survey was being conducted in Thumaha village under Pipra block of Supaul district by village development council, at the same time it was discovered that in the month of February 2016, three Nabal boys from the same village, Mahadalit Bittu Kumar, Shankar Kumar, Jitendra Kumar Those whose age is only 12 to 14 years, took away the money by luring money, five months have passed and no money was sent to anyone nor did C. Speaking of children | Talking alone to the mother of the children, she came to know that only once she had talked to her child on the phone and all the children were crying one thing that they do not have to remain a descendant and they have to come out of their caste. After this, Tikheedar said only one thing to talk on the phone, that all the children are working at work and talk about the work and when the answer is received at night, the survivors are still tired of being tired. One of them stole a sticky phone from a child and talked to theft and say crying, there is a lot of work done on the day and there is also a kill. The mother of Tato child Laliya Devi, Sanju Devi Mahadevi said that we have been working in a factory by taking a bait of seduction, the son-in-law of the village, Bhura resident Nathana, was taken out of Yamuna Nagar of Zanakari district. There is no contact with the caste. After listening to these things, the workers of the Village Development Council immediately started the proceedings and the institution workers approached the contractor and pressed him to return the children back to their families, but there was no impact on the contractor even after much constraint. Happened. After this the institution took the children to Pipara police station and gave written application in writing to the police that all the children of them should be brought back safely, but the police administration did not take any interest, for which the institution had complained to the police officers against them. On July 30, 2016, Hindustan News Paper’s page no. The above news was published in 04. After this, the Pipara administration came under the control and the other people involved with the contractor were put under pressure. Then after the big trouble, all the three survivors returned to their homes.

Due to a good initiative taken by the institution in the said event, there was a wave of happiness in the village and the institution’s hold will become very strong and trustworthy, the organization will give them good guidance and a good future.

On December 21, 2018 days on Friday, Gupta got the secret information from Brahkurwa that a minor girl is getting married with a boy coming from Uttar Pradesh and after marriage she is going to get out of the private car for Saharsa junction. Some workers of Gram Vikas Parishad left for Saharsa. But in the course of going to Saharsa, the carriage was caught in Hardi village. After the vehicle was stopped, the girl was asked to marry her, and the girl responded that her parents had married her with Mr. Rama residing in Uttar Pradesh. Which we do not know. After talking to the boy, the boy said that his name is Shri Ram and he is in UP. Khari is in the district and with him his brother-in-law, Dayaram is also there. When asked about the age of the girl and the boy, both of them quietly asked for their base card, then according to their base card, the girl was NABAL. After that, the information was immediately informed to the Subaul police station and immediately after reaching the scene of the Supaul Sadar police station, the boy and girl took both of them to the police station to investigate. During the investigation, the age-related documents were seen and after intensive inquiry, the girl was NABAL, and the boy came from other state and took a lot of temptation to the poor and needy family of Yeh and take her out of marriage with her teenager. After the matter was detected, legal proceedings were taken by the police  Rajesh Kumar.

On 22nd February, 2019 members of the SHG of Aurala village of TriveniGanj block and members of the monitoring committee got information that a minor girl is getting married in the village and it has also come to know that the girl whose marriage has been decided / Even the age of the boy is very low It was found that Barati too is going to be confronting Baratly today,

After getting the above information, after getting the information given to the women of the Panchayat representatives and SHGs by the monitoring committee, immediately within half an hour, the people got deposited at the door of Sarayug Kamat of Gov / After going to the door and taking information regarding age, it was discovered that the girl’s age is only 12 years and the boy’s age is 16 years old / this address girl and boy Security finds out after seeing base card /

The girl’s parents repeatedly tried to explain to the girl’s parents that the girl is still a child, she is 12 years old and has to play and move / this marriage is the only thing to kill the girl directly / in the child’s w There is also a dangerous force. What will be the situation of this girl due to force marriage? If a child has a stomach, then its stomach will disappear, then what will be the solution to it? If a child dies, then death can happen. F will then result much worse will be a decrease in age will be different types of disease, today it is not married /

After reaching the house after reaching the meeting, after reaching the procession, after reaching the procession, the procession officer Mamta Kumari got the news immediately after the surveillance committee, Mamta Kumari reached the village child marriage site within 10 minutes and both sides first The legal information regarding child marriage was given, along with information on the problems arising from child marriage, as well as the legal framework for not accepting the bid. After hearing the above statements, the girl agreed to not marry and after the meaningful initiative of the monitoring committee members SHG and Block Development Officers and Panchayat representatives by the party and boy party, it was decided that the girl should be given Nomination will be done only after enrolling in school and on the basis of this decision, the condition on plain paper has also been filled, both of which are aggred

Even after convincing the teenager SHG and VVC, these people are getting married, come here soon and save the girl’s life. Then, the workers of the Village Development Council and all the committee members went to the girl’s place, then got the information there. Hari has taken the girl from here to marry in a temple. Then all the people were divided into different groups and then searched through the various temples around there, In the colony temple, the boy was found with the girl and the boy who was found in the broker while the wedding was asked for the support card and if the question was asked, then there was a lot of ruckus by the broker and force the girl to forcefully Soon after taking away from there, the District Officer, SP, DSP was called and after this the police vehicle came in there and they started investigating with us, then again the girl’s When these people were recovered after this, when the girl’s family was questioned, the people said that we were not ready to marry our girl with the boy, but these people agreed to marry our girl by showing false temptation. After being told and our daughter is ready for marriage even after explaining lakhs, then the boy and the broker accompanying the police station in the police station were brought to the police station and inquiries were made and the card no. Or 96/17 recorded and seven people were taken into custody / in which there were three women and four men / and the girl was sent to the shelter / after a week after the medical examination of the girl was done in which the girl proved to be inferior And after one day the girl’s statement was taken in the court of Justice and again the girl was sent home with her family and the accused is in jail. And in the S card number 96/17, U / S 366 (A) / 37 3 (A) Section was imposed / 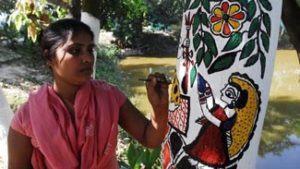 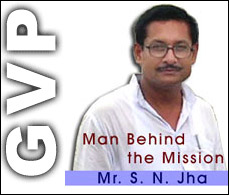 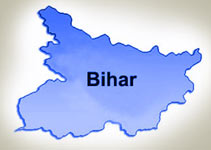